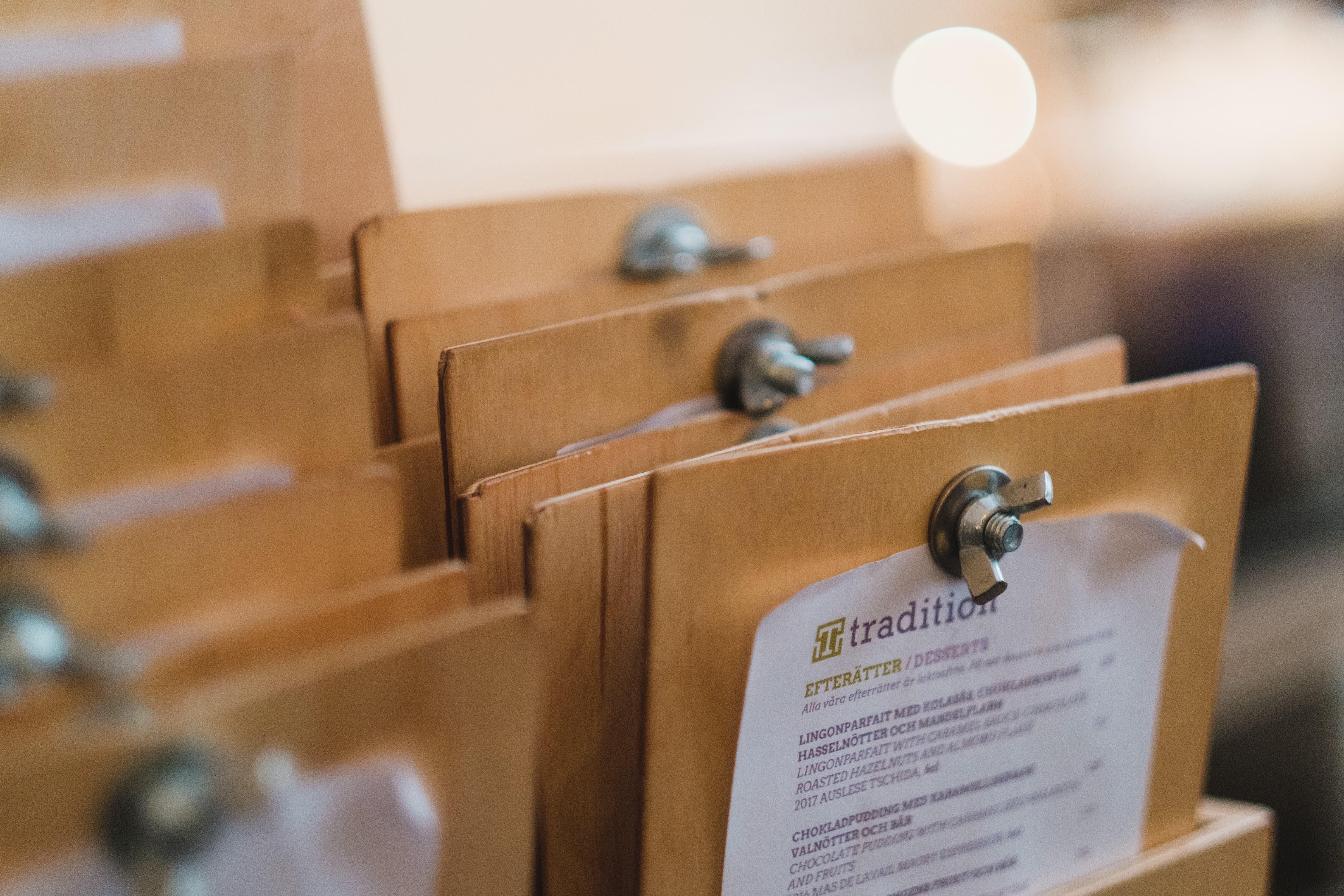 Here at Tradition we serve Swedish cuisine as it was originally intended: Carefully selected, high quality ingredients prepared with skill and care.

Restaurant Tradition's founder Jonas Petersson has worked at internationally renowned restaurants including Aquavit in New York and Quaglino’s in London, as well as classic Swedish restaurants such as Ulriksdals Wärdshus, Basement Aurora and Reisen. And after working with different types of food from different food cultures, he has learned to appreciate the simplicity and good taste that traditional Swedish food provides.

“I had long dreamed about opening a restaurant with only Swedish homecooking and after nearly 10 years of thinking about it, my dream finally became reality in August 2012”

“I asked myself what traditional Swedish food really means and where do you draw the line at what is Swedish and what's not? There are as many answers as chefs, I think.”

“My aim and desire is that the next generation also learns to appreciate real homemade traditional cooking. Unfortunately I have seen it disappear more and more through my years as an executive chef, but it seems to me that in recent years it's been given a little boost again. I hope to see homemade meatballs reigning supreme again soon”.

We reserve the right to change the closing time during low season.